Working Towards a Better Tomorrow

There is nothing more important to us than the quality of the prosthesis, the fit, and the patient-prosthetist interaction for every amputee. For this, medical knowledge is essential.  We are proud to partner with professional clinicians to have our prosthesis professionally fit to amputees. Our clinical partners are highly experienced in delivering prostheses to patients and are essential to our solution.

Established in 2005 by David Krupa, Eric Neufeld, and headed by Patrick Mathay, ROMP supplies prosthetic and orthotic care to people who would not otherwise have access in the United States, Mexico, Ecuador, and Guatemala.  ROMP realizes that prostheses are devices of empowerment and employs a strategy of clinical care, local investment, and advocacy.

David Krupa is a co-founder of ROMP. He himself is an amputee having had his left leg amputated below the knee due to a congenital defect. After graduating from the University of Illinois he pursued a Certificate in Prosthetics from Northwestern University. David states that he will continue to serve the organization as much as he can in order to help other amputees access the prosthetic care that has made his own life possible.

Luis Humberto Aragón Ramírez is the director and Head Prosthetist at ROMP Guatemala. He started working with ROMP on Day 1 in 2005, became a full time volunteer in 2006, and in 2007 he formally started working after completing an online O&P course. His duties include executive reports, growth & development of the organization inside Guatemala and abroad.

Established in 1998, Nepal Orthopedic Hospital (NOH) provides quality orthopaedic care at an affordable price. In a country with no health insurance system, NOH is committed to providing charitable care to those who can least afford it. During the continuing aftermath of the 2015 Nepal Earthquake, NOH has treated all patients free of cost.

Healing Hands for Haiti (HHH) is a secular, non-profit, non-governmental organization (NGO) based out of Port-au-Prince, Haiti. HHH is dedicated to delivering high quality, sustainable physical medicine and rehabilitation education, training, and care for adults and children with physical disabilities in Haiti. 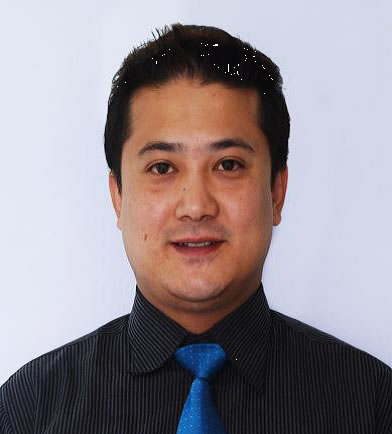 Agile Development Group is a strategic design and international development consultancy based in Cambodia. Agile DG specializes in applying design thinking to complex social initiatives that transform markets and communities. They value high quality learning and knowledge exchange that is community relevant and supports growth, opportunity and innovation.

Agile Development Group is a strategic design and international development consultancy based in Cambodia. Agile DG specializes in applying design thinking to complex social initiatives that transform markets and communities. They value high quality learning and knowledge exchange that is community relevant and supports growth, opportunity and innovation.

VHP first travelled to Egypt in November 2016 to explore the idea of delivering the VH to amputees in Egypt. A trial was completed with a 13 year old boy at the Zewail City of Science and Technology in Cairo, Egypt. This trial was successful and it was determined there was a need for low-cost prosthetic care in Egypt. This spurred the formation of the Canadian Egyptian Hand Company.

CoRSU was established in 2006 as a private non-profit, non-government organization in Uganda. The Vision of CoRSU is that people living with a disability in Uganda are able to access rehabilitation services that improve their quality of life and that they are fully integrated in society.

St. Luke's Orthopedic and Trauma Hospital has been a Center of Excellence of orthopedic services in Kenya since 2012. St. Luke's offers services such as orthopedic surgery, rehabilitation, neurosurgical, transplants, maternity, as well as others.

Queen Alexandra Orthotics, Prosthetics and Seating is a multidisciplinary team comprised of Physiatrists, Prosthetists, Orthotists, Pedorthists, Occupational and Physical Therapists housed in Island Health.  The Professional team at QAOPS assesses, designs, fabricates and fits devices to improve patient mobility and overall quality of life.  They provide patients of all ages with the most comprehensive and multidisciplinary support on Vancouver Island.

The Rebalance Legacy Society is a charitable organization based out of Victoria, BC, Canada, with both community and international focus. Rebalance Legacy Society provides orthopedic care across Uganda, as well as work with soccer teams on Vancouver Island. The Society is run by Dr. Norgrove Penny, a surgeon at RebalanceMD in Victoria. Dr. Penny has conducted extensive work across Uganda, including training young Ugandan surgeons, and work with CoRSU Hospital.

Partners that have worked with the Victoria Hand Project in the past include:

ARC Hub PNH is the first 3D Printing solutions business in Cambodia. ARC Hub PNH’s mission is to empower local creators to design and make valuable products. They believe that 3D Printing is the future of production.

CAMBODIAN SCHOOL OF PROSTHETICS AND ORTHOTICS

When the Cambodian School of Prosthetics and Orthotics (CSPO) was founded in the early 1990s, there were no qualified prosthetics or orthotists in the country. In the 1990s, prosthetics and orthotics were considered a craft instead of a profession, where no standards existed. Since then, more than 185 Cambodians have been trained, who work either at the school or in one of the 11 Regional Physical Rehab Centres across the country.

The mission of Enable International: Haiti (EIH) is to empower local communities and amputees with culturally acceptable and affordable upper limb devices. Developing countries, especially areas torn by war and natural disaster, have a large need for upper ­limb prosthetics. Post­-earthquake Haiti is a high­ need area where EIH is well­ positioned to pilot a paradigm of support, materials, and training for the production of bespoke, 3D-printed, upper limb devices.